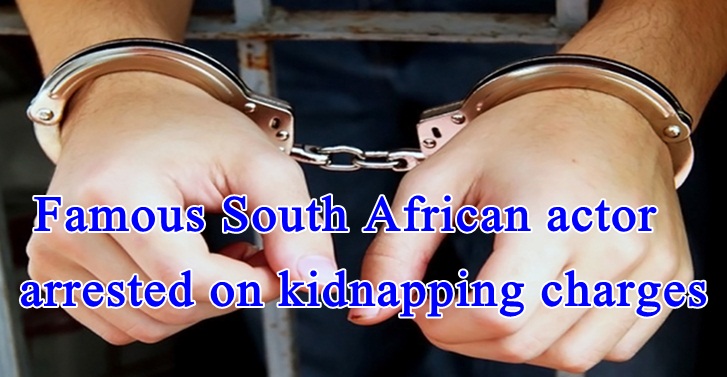 Johannesburg â A well-known South African actor and his twoÂ allegedÂ accomplices were arrested for a number of crimes including impersonating police officials and kidnapping.

According to Hawks spokesperson CaptainÂ Ndivhuwo MulamuÂ the suspects, aged between 27 and 38, were arrested during a Hawks operation at South Gate Mall, south of Johannesburg on Friday morning.Â

Mulamu added that during the arrested the suspects were allegedly attempting to extort money from a businessman when they were arrested.Â

"It is alleged that the businessman was contacted by one of the suspects in June and claimed that he was referred to him by his partner. They met at a mutually agreed place in Isando. However, upon his arrival he was pressurized to drive with the suspect to a house in Klopperpark, east of Johannesburg,"Â  Mulamu said.

"On their arrival (at the house) the complainant alleged that the suspect took out diamonds and placed them on the table and out of the blue they were joined by two other suspects who presented themselves as police officials. They immediately demanded a R100Â 000 bribe from the businessman to squash the supposed illegal diamond deal,â she added.Â

The complainant had some money in his wallet which they allegedly took but they then demanded to view the complainantâs bank balance on his mobile phone.Â

According to Mulamu, the suspects took him to Kempton Park and Fourways and allegedly forced him to withdraw R31Â 000 from his bank account. The victim was then released.Â

âThe businessman ordeal was reported to the Hawksâ Serious Corruption Investigation team on Wednesday and on Friday the team managed to set up a drop-off at South Gate Mall where the balance would be paid,â she said.Â

âOne of the suspects jumped into the complainantâs vehicle to collect the money and he was arrested after the exchange,â she added.Â

Malamu said the two other suspects, who were in two separate vehicles, attempted to escape after witnessing the arrest but they were apprehended following a chase not far from the crime scene.

Â The suspects will appear in the Booysens Magistratesâ Court on charges of impersonating police officials, extortion, theft, kidnapping, corruption, defeating the ends of justice and aiding a criminal on Monday July 15.