'Krugersdorp Killers' back in court for pre-sentencing 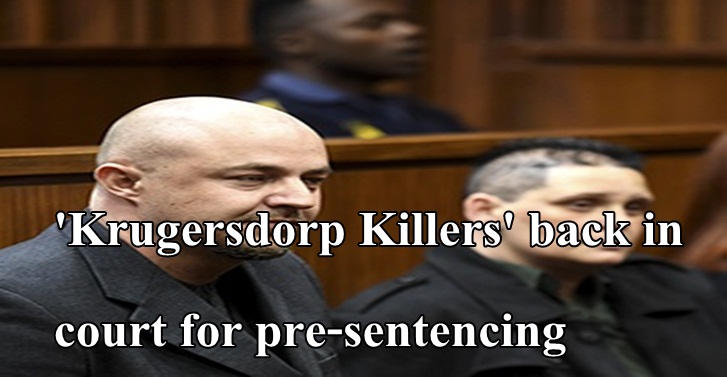 The remaining members of the so-called Krugersdorp Killers are set to appear in court for pre-sentencing procedures on Monday after being convicted of various counts two months ago.

Cecilia Steyn, 38, Zak Valentine, 34, and Marcel Steyn, 21, were found guilty of 32 counts between them - including murder, fraud, racketeering, and robbery - in the Gauteng High Court in Johannesburg in June.Â They had pleaded not guilty to the crimes.Â

Marcel's elder brother, Le Roux Steyn, was also a part of the group, but entered into a plea bargain with the State in May last year. He was found guilty of seven murders and sentenced to 35 years for each of them. Ten years of his sentence were suspended on condition that he testified at the trial.

Another member of the group, John Barnard, is serving 20 years after he was sentenced in 2016.Â

Handing down judgment, Judge Jacob Francis pointed out that the group's killing spree had been carefully planned and executed.

"These were not random acts of violence," he said at the time.

Prosecutor Gerrit Roberts SC pleaded with the court to find them guilty.

Judge Roberts said Cecilia was the mastermind behind the killings and robbery of the victims that allegedly happened over a period of four years.

He added Marinda was the manager of the "enterprise".

"Cecilia received the benefits of the crimes. She gave instructions and directed all criminal actions committed. She was well aware of all the criminal activities and was always informed," said Judge Roberts.

In convicting the three, Judge Francis said it was a case of "religious manipulation and lies".

"It was a religious scam like the ones we are seeing across the country," he added, before saying accused number two, Cecilia, had "lied to and manipulated" the people she had worked with."It is evident that accused number two is a pathological liar and skilled manipulator.

She was an evasive witness and came across as argumentative."Judge Francis described Electus per Deus as being akin to a business, which had a modus operandi and was professionally managed.