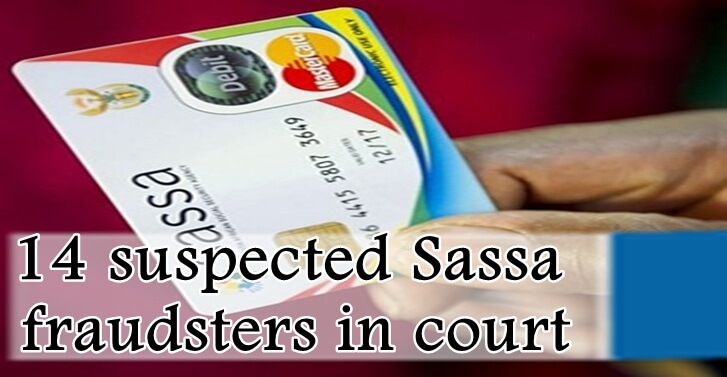 Johannesburg - Fourteen suspects aged between 29 and 63 on Thursday appeared before the East London Magistrateâs Court for contravention of the national credit act, Eastern Cape police said.

Spokesperson Captain Anelisa Ngcakani said the suspects were allegedly found in possession of 221 South Africa Social Security Agency (Sassa) cards which did not belong to them.

All 14 accused were granted bail of R500 and the matter was postponed to August 2 for further investigation.