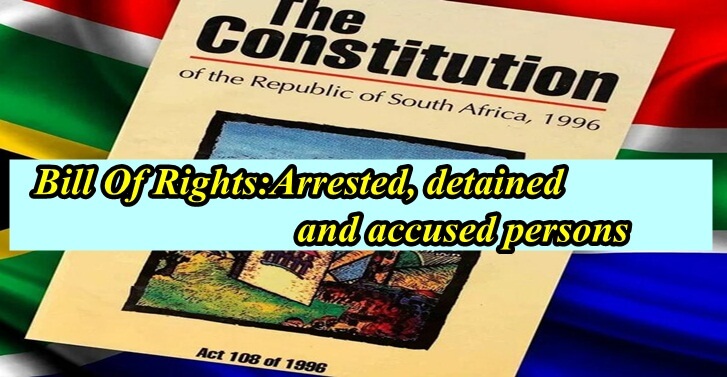 35.(1) Everyone who is arrested for allegedly committing an offence has the rightâ

(2)Everyone who is detained, including every sentenced prisoner, has the rightâ

(3)Every accused person has a right to a fair trial, which includes the rightâ

Best App For Lawyer! Get it Now - free

More than one lakh downlodings

(4)Whenever this section requires information to be given to a person, that information must be given in a language that the person understands.

(5)Evidence obtained in a manner that violates any right in the Bill of Rights must be excluded if the admission of that evidence would render the trial unfair or otherwise be detrimental to the administration of justice.