Jacob Zuma loses in court: Hereâs how he must apologise to Derek Hanekom 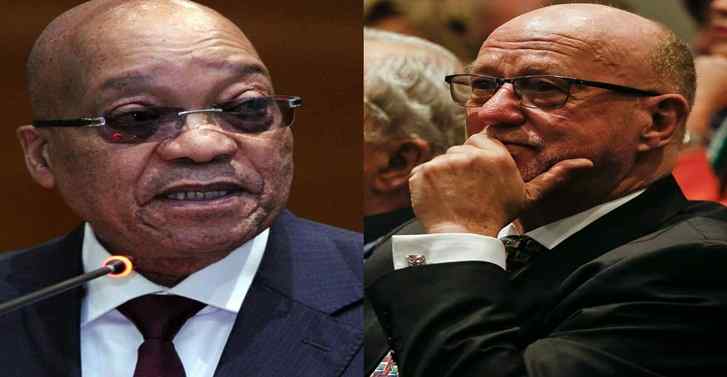 Sorry seems to be the hardest word for Jacob Zuma, but his apology to Derek Hanekom also comes with a few non-negotiable terms and conditions.The battle between Jacob Zuma and Derek Hanekom has come to a conclusion in the courts.Â It was ruled that Msholozi has no road left to travel on this particular journey, as he was ordered to apologise to Derek Hanekom over claims that the ANC stalwart was âa known enemy spyâ.

However, when the apology comes, one must question just how sincere Jacob Zumaâs address will be. Considering that the decision to make him say sorry has already been appealed, itâs not like the banging of a gavel will instil remorse and regret into the former president.However, the legal ruling handed down on Thursday â which argued no other court would adjudicate differently in this case â means that Derek Hanekom will get more than just an apology in name. Several caveats have been added onto the judgement, ensuring that Zumaâs legally-binding apology must meet the following criteria:

How Jacob Zuma must apologise to Derek Hanekom:

The court has asked him to remove this message from his Twitter feed. The judgement was passed down just after midday, but as of 16:00, it still appeared on Jacob Zumaâs profile. Weâre not off to a great start.

Chatting smack about someone in a defamatory way comes with a severe price. The judge upheld the decision to make Zuma fork-out half-a-million rand, adding to his legal woes. The ex-president is believed to owe around R16 million to the state for dishonestly using taxpayer money to fight other court battles.Hanekom, meanwhile,Â has confirmed he will be donating the money to charity.

He has to actually say the words, rather than just accept the judgement. Whether Jacob Zuma will issue a statement, or simply use his Twitter page again, some form of apology must be published for the record. In this case, âsorryâ genuinely seems to be the hardest word.

He also has to uphold these two concessions

In a statement released a short while ago, Derek Hanekom revealed some hidden terms and conditions of Thursdayâs verdict. Namely, the president has conceded that his former comrade âis in no way an apartheid spyâ, and heâs also agreed to stop questioning Hanekomâs âstruggle credentialsâ. Should JZ lapse and reiterate these allegations, he could be found in contempt of court, sparking another legal wrangle.