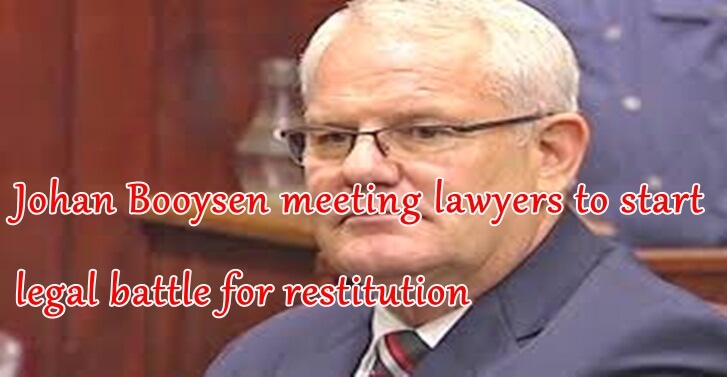 Former Hawks head Johan Booysen will be meeting with his legal representatives this week to map a path forward in taking action against state institutions that allegedly besmirched his name.

"I instituted civil proceedings 18 months ago. I'm meeting with my attorney this week to take that matter forward," Booysen told News24 on Monday.

He said that he could not speak for the rest of his so-called "Cato Manor death squad", who had all charges against them withdrawn in the KwaZulu-Natal High Court in Durban last week.

"I cannot speak for other guys. That is a choice each individual will make on his own. We are not suing collectively. It is not a class action situation."

In a brief appearance, the State last week said that all charges in the indictment would be withdrawn against all of the accused

Booysen said he was hoping for compensation for the difficult times he had endured since his arrest seven years ago.

"I am hoping for restitution for the humiliation and the hardship we had to go through because of a malicious prosecution."

Over the years, Booysen has maintained claims that former police minister Nathi Mthethwa pressured prosecutors to arrest the unit on racketeering charges.

During the Mokgoro inquiry into the fitness of Nomgcobo Jiba and Lawrence Mrwebi to hold office, Booysen said Jiba, a former acting NPA boss, had decided to prosecute him without having enough evidence.

The unit was dubbed the "Cato Manor death squad" after the Sunday Times reported on a series of claims against the team of officers.

The report led to the police and the NPA charging Booysen and his team. In 2012, they were arrested and charged with 116 criminal counts, including racketeering, murder and attempted murder.

In 2018, the Sunday Times apologised for getting it wrong on the unit in a series of articles.

Booysen himself accepted an early retirement agreement from the police. His last day of service was on February 28, 2017.