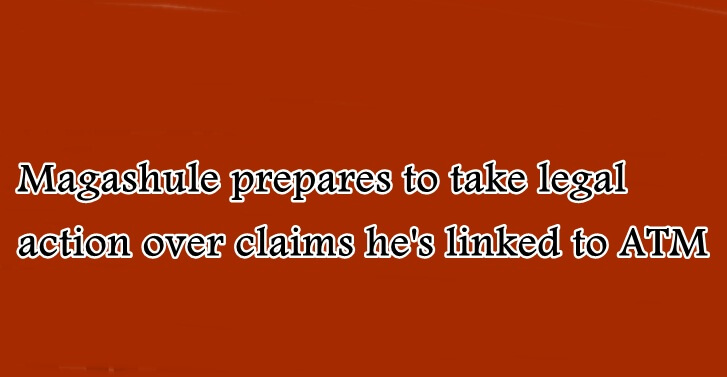 While ANC secretary general Ace Magashuleâs legal representatives seem to be refusing to give him the green light to go after journalist Pieter-Louis Myburgh for his book linking the former Free State premier to widespread looting and corruption, he is set on going after those linking him to the establishment of African Transformation Movement (ATM).Â

ATM is one of the many small parties which emerged ahead of the May 8 national elections. Some have alleged that the party has links to former president Jacob Zuma and Magashule, who is the former presidentâs long-time ally.

Former secretary general of the South African Council of Messianic Churches in Christ, Buyisile Ngqulwana, while having dropped a legal bid to have ATM removed from the ballot paper, has continued to claim the party was the brainchild of Zuma and Magashule.

Magashule and the ATM appear to be ready to explore legal means to make the matter go away.

The ATM, this week, announced that it was seeking R22m for defamation from Ngqulwana, while Magashuleâs lawyers have written to him, giving him several days to retract his claims or face legal action.Â

In a letter from Magashuleâs lawyers, dated June 26, which Ngqulwana confirmed having received, the ANC secretary general raises questions over an affidavit compiled on May 1 this year, alleging his involvement in the establishment of the ATM.

"Our client vehemently denies the allegations contained in your affidavit as wholly false, baseless, mischievous and not supported by any evidence whatsoever," according to a letter from Victor Nkawshu Attorneys.

The lawyerâs letter proceeds to explain the damage Magashule had suffered due to the now abandoned affidavit.Â

"Your false and defamatory allegation has painted our client as treacherous and disloyal to the general public, and to members of his own party," Magashuleâs lawyers write.

The lawyers says that, if Ngqulwana fails to apologise and retract his comments within five days, they will have no other option but to file a defamation suit forcing him to apologise, with costs.

"This is the time to teach some of the people who had been defaming us. Itâs the time because we thought, letâs leave them, letâs educate them, letâs do this... but you can see the agenda of the anti-revolution taking place in South Africa," Magashule told News24.

"Let me tell you, I will defeat that anti-revolution with the masses of our people."

Meanwhile, the ANC is investigating Magashule and others in the ANC over claims that they had a hand in the development of some small parties.