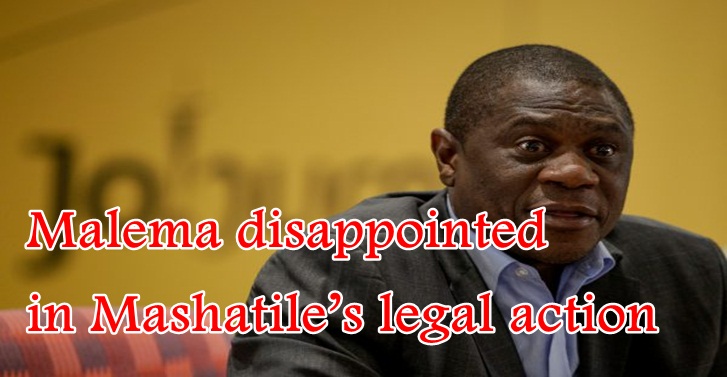 The EFF leader alleges that the treasurer general is taking advantage of the broken legal system by using the law against political speech.Â

Mashatile recently filed a suitÂ against Malema, EFF Gauteng leader Mandisa Mashego, and their party for defamation of character for calling him a thief in addition to a number of other accusations.

The first instance occurred at a public May Day rally held in Alexandra by Malemaâs party where, in his address, Malema listed Mashatile among those he believed to have been involved in the Alexandra Renewal Project (ARP) funding that had gone missing.

He then went on to tell the crowd that if it were up to his party, they would send Mashatile to jail.

According to his submission to the court, the ex-Gauteng chair believes these comments were made with the intention to injure his reputation and defame him.

âTatana Mashatile has given us summons here. When we said he knows the story of Alexandra Renewal. The reality is that Pual knows, he knows where the money went. He was [with] the leaders of the ANC, he was in government. He must just explain,â he added.

It is not known whether Malema and his co-defendant were given a directive to refrain from making further comments but Mashatile is seeking compensation of R1,000,000 and apologies from each defendant.

During the EFF press briefing, Malema alleged that Mashatile was taking advantage of the broken legal system by using the law against political speech.

He then brought up Angelo Agrizziâs R200,000 fine for using a racial slur and compared it to his own case stating that this means it is more expensive to make political utterances than it is to be a racist.