Man told to apologise for k-word 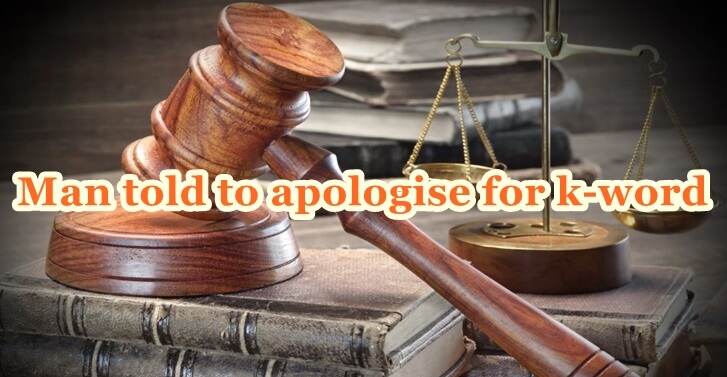 The Equality Court in Muizenburg, Cape Town, has ruled that the words "black b***h" and "k****r" are hurtful.

Now, 66-year-old Ronald Fivelman has been ordered to give an unconditional written apology to Nomtha Macala, 37, the woman on the receiving end of those words.

In October 2017, Fivelman and Macala got into a heated argument over a parking bay outside Fivelman's house.

In her court papers Macala said she was in distress after her car broke down while on her way to work and she was relieved to see a parking spot.

She removed the traffic cone so she could move her broken-down car from the traffic lane while waiting for roadside assistance.

The space was in front of Fivelman's house and she said he started shouting at her and using racial slurs.

"He called me a k****r and a black b***h. I tried to explain to him why I removed the cone but he didn't want to listen and carried on with his verbal attack on me," Macala claimed.

In his responding affidavit, Fivelman denied the allegations against him: "My religious faith and background are such that I am extremely sensitive towards racial slurs and insults. I repeat, I have never used them."

According to his version, Macala was the one who was abusive towards him.

He told the court that Macala shouted at him, referring to him as a "f****** rich white man", and pointed the middle finger at him.

In her judgment on Friday, magistrate Xoliswa Ndoyana ordered Fivelman to write an apology to Macala, within 21 days of her judgment, wherein he admits using the derogatory words to Macala.

"He must detract the words while admitting that these words were harmful, hurtful, and apologise unconditionally for their usage," reads Ndoyana's judgment.

Macala was, however, unsuccessful in requesting that Fivelman pay her legal costs. The court ordered that both parties pay their own legal costs.

The court also turned down her request to be awarded damages.