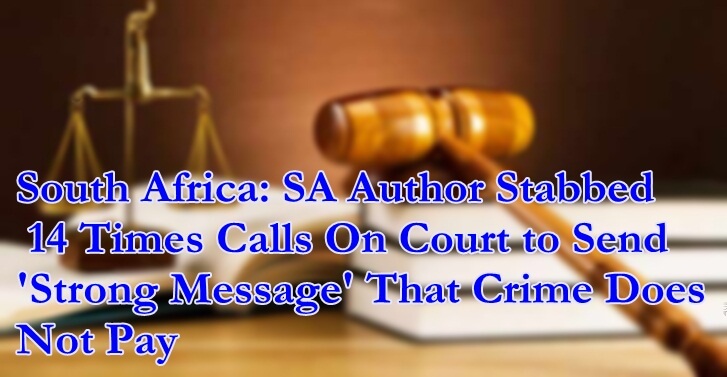 South African author Dianne Case says she is not looking for revenge after surviving a brutal attack by a man she had initially tried to help.

But Case does want the court to send a strong message in his case.

Tyrone Prinsloo faces two charges of attempted murder and a charge of hijacking.

He allegedly lured Case from the comfort of her Cape Town home, attacked her and stabbed her 14 times near Wynberg Park in November last year.

"What I would like is for the court to send out a strong message that crime has a price. I am not out for blood, he was out for mine," Case told News24 on Thursday.

On Thursday, the Wynberg Magistrate's Court expected to hear the outcome of Prinsloo's guilty plea bargain, but it heard he had been, before court started, presented with a different offer that he now has to "think about".

His attorney said: "My client is very emotional and needs time to let it [the new deal] sink in."

Case, who took umbrage to this, said: "He was savage toward me when he attacked me. He came to lure me from the safety of my home. My blood was all over him and in my car."

Dianne's daughter, Maxine who was in court on Thursday, recalled the day Prinsloo came to their home, telling her mother he wanted to "pay her back".

While driving him to fetch money, he allegedly turned on her. She was stabbed multiple times but managed to get out of the vehicle and run, covered in blood, News24 previously reported.

Maxine said she saw them leave together but when she noticed her mother had been gone for some time and heard sirens sounding nearby she knew something was wrong.

"When I got a call that my mother had been attacked, I immediately said, 'I know who did it'."

Maxine said it had been a difficult time for their family.

As a result of the attack, Dianne has now started a petition to "help send the message that robust sentencing can serve as a deterrent to violent crime".