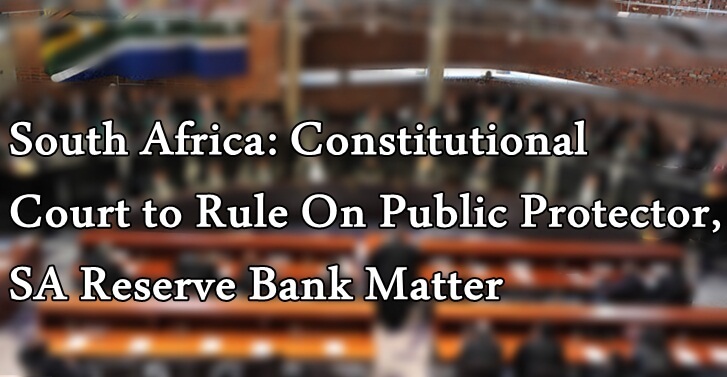 The Constitutional Court will rule on Monday in the matter between Public Protector Busisiwe Mkhwebane and the SA Reserve Bank (SARB), a tweet from the country's apex court read on Friday.

The tweet was posted an hour after Mkhwebane made a series of adverse findings against President Cyril Ramaphosa, finding that he had deliberately misled Parliament, that he had failed to disclose R500 000 in donations to his campaign for the ANC leadership, and that his campaign might have been involved in money-laundering.

The court will rule on the application by Mkhwebane that she should not be held personally liable for costs related to the High Court finding that set aside her report into the SA Reserve Bank and Absa in the so-called Bankorp lifeboat matter.

The SARB, in a cross-application, asked the court for a declaratory order stating that Mkhwebane abused her powers in her investigation into the Bankorp issue. In her findings - which were rejected and overturned by the High Court - she instructed that the central bank's mandate must be amended.

The judgment could have significant consequences for Mkhwebane, who has had two major reports (Bankorp and Estina) overturned in the last year.