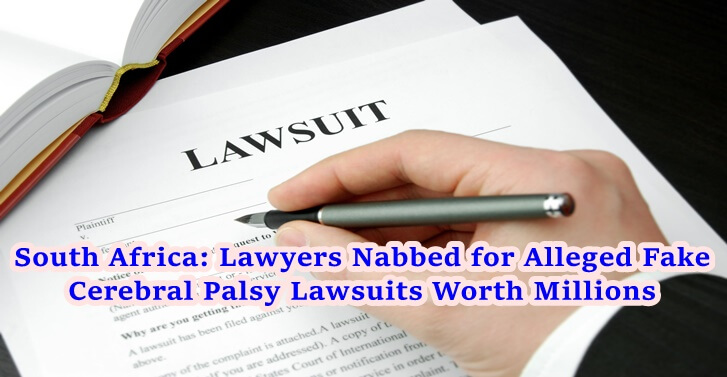 A group of lawyers has been milking the state of millions of rands in alleged fake medical negligence claims for cerebral palsy cases, Health Minister Aaron Motsoaledi said on Monday.

"This is the tip of the iceberg in which money is being exploited from the state," he said at a briefing with Justice Minister Michael Masutha.

The ministers were at a press conference in Pretoria, which was beamed to Parliament in Cape Town via a live video link. The head of the Special Investigating Unit (SIU), the correctional services commissioner and the Deputy Minister of Correctional Services were also present.

Masutha was focusing on explosive claims of millions of rands siphoned off contracts for the Department of Justice and Correctional Services when Motsoaledi widened the extent of alleged corruption and mentioned the cerebral palsy cases.

He said one lawyer made six claims totalling R90m - all of which were fraudulent.

Since the plaintiffs did not have to go to court for the medical claims, the state was none the wiser when large claims were successfully lodged for children who have cerebral palsy. The claimants themselves did not even know about the claims, he said,

The minister alleged that the lawyers "smuggled" the details of children, who were born at home, into hospitals' record systems. Some of the children did not even exist.

A claim of R70m for a supposed botched circumcision was also detected, but since its veracity had been questioned, it was withdrawn by the lawyer in question.

Motsoaledi said this did not end the matter, adding that he expected arrests.

In the meantime, Masutha announced that the SIU has been investigating allegations of collusion and non-competitive outsourcing of state legal work to private lawyers.

So far, one prominent attorney has been arrested in Mthatha for alleged false medico-legal claims amounting to more than R100m.

This person has appeared in court and the SIU is considering civil action to get money, which had already been paid out, back again.

Six more criminal cases of fraud, involving more than R90m were registered and were under investigation.

In Gauteng, the head of the office of the state attorney was under precautionary suspension.

These matters will be referred to their professional bodies, such as the General Council of the Bar.