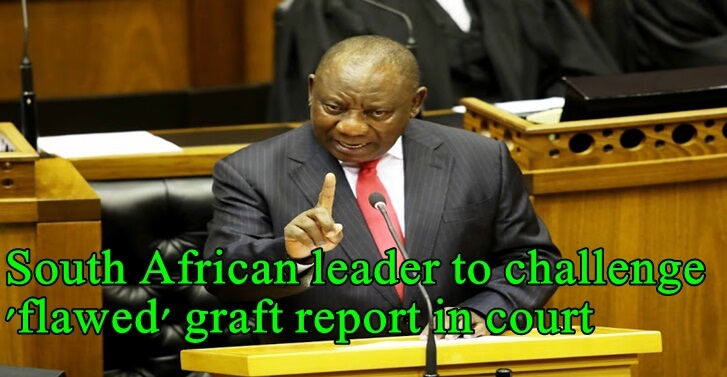 PRETORIA: South Africa's President Cyril Ramaphosa said on Sunday (Jul 21) he will challenge in court a watchdog body's "fundamentally and irretrievably flawed" findings concerning a donation to his 2017 campaign to head the ruling party.

"After careful study I have concluded that the report is fundamentally and irretrievably flawed," Ramaphosa told reporters, adding that he has "decided to seek an urgent judicial review" of the findings concerning a controversial 500,000 rand (US$36,000) donation.Â

The country's ombudswoman, Busisiwe Mkhwebane, said in an explosive report on Friday that Ramaphosa "deliberately misled the National Assembly" when he responded to an opposition question in parliament last November.

Ramaphosa initially told lawmakers that the payment was to his son Andile for consultancy work for Bosasa, now known as African Global Operations (AGO).

But he later said it was a donation towards his campaign to become African National Congress party leader -Â a hard-fought battle in which he beat ex-president Jacob Zuma's chosen candidate.

He apologised saying he had been misinformed when he first answered the question.

Despite the correction, Mkhwebane said Ramaphosa "indeed misled parliament" and that he should not have rushed to answer the question without all the facts.

"The findings are wrong in law, are irrational and, in some instances, exceed the scope of the powers of the Public Protector," he said, referring to the ombudswoman.

Ramaphosa said he wanted "an expedited review process so that we do not keep the country in limbo about these matters".