Speeding cases withdrawn after laser device is queried in court 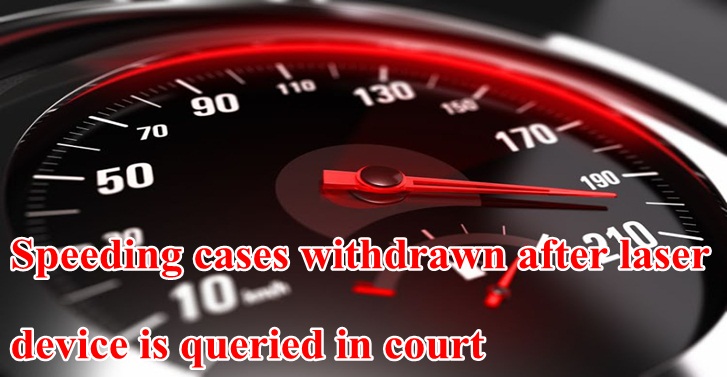 Motorists caught speeding by traffic police in the Free State are having criminal cases against them withdrawn due to legal issues with the laser speed-measuring device used to catch them.

City PressÂ reported on Sunday that prosecutions in other parts of the country, based on traffic authorities using the ProLaser 4 device, could also be in jeopardy.

The issue revolves around a court case in which a motorist, allegedly travelling at 171km/h on the N3 highway, was acquitted because the state could not prove his guilt beyond reasonable doubt. The state was unable to show the device had been properly tested and approved by an independent, accredited laboratory, as required by legislation.

The director of public prosecutions in the Free State confirmed that prosecutors had been told to withdraw pending speeding cases until issues around the use of the device had been resolved.

The device is used by traffic authorities in other provinces.

Transport minister Fikile Mbalula said in June there should be more traffic officers on the countryâs roads, their employment conditions should be improved and they should be on the roads 24 hours a day.

His was speaking after a spate of accidents in Limpopo over a long weekend that left more than 40 people dead. He said although traffic officers were blamed following fatalities, society did not take responsibility for drunkenness on the roads or for reckless driving and did not respect the laws of the road. âNobody takes responsibility.â