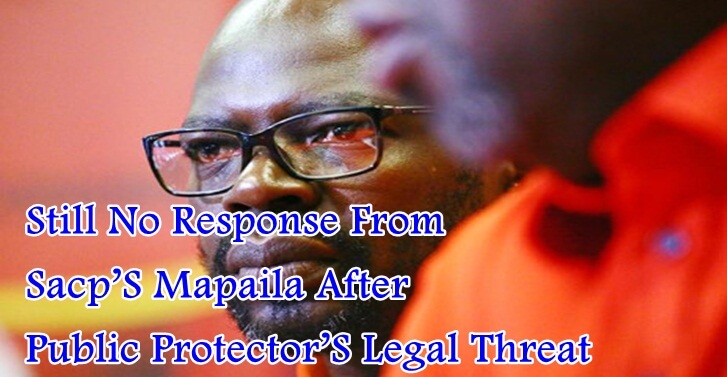 This week, Solly Mapaila claimed Advocate Busisiwe Mkhwebane received information on cases from rogue intelligence elements that had a strong influence on her office.

JOHANNESBURG - Thereâs still no word from theÂ South African Communist PartyÂ (SACP) or its first deputy presidentÂ Solly Mapailafollowing the Public Protectorâs threat to take legal action against him over startling allegations he has made about her.

This week, Mapaila claimed that AdvocateÂ Busisiwe Mkhwebanereceived information on casesÂ from rogue intelligence elementsÂ that had a strong influence on her office.

Mapaila urged Mkhwebane not to allow herself to be used as a âhired gun of the fight back agendaâ in the African National Congress (ANC), which he said were running a campaign against PresidentÂ Cyril Ramaphosa.

Although the Public Protector did not set a deadline to her threat of legal action against Mapaila, she wants him to produce evidence backing his claims or apologise.

Mapaila was not the first senior leader of the ANC alliance to criticise Mkhwebane, but he appeared to have hit a nerve, with the Public Protector describing his statements at vitriol.

âIt must be remembered that it was Mapailaâs party, the SACP, which, following the release of the Nkandla report in 2014, vilified the then Public Protector [Thuli Madonsela], saying she abused her power and played into 'anti-democratic regime-change agenda that seeks to portray the entirety of government as corrupt', with its youth wing saying that she was 'not God'

âMapaila himself wrote in a blog that the then Public Protector acted as though her office was above all other institutions supporting democracy,â Mkhwebaneâs office said in a statement.

âHis latest attacks on the office, which must be seen in the context of his partyâs deep-seated contempt for the office of the Public Protector, dating back to the Nkandla days, are premised on the tired and unproven narrative that Adv Mkhwebane is involved in factional battles of the governing party.â

Recently, the Congress of South African Trade Unions also took Mkhwebane to task on her suitability to hold office, saying Ramaphosa must set aside all her reports until her competency is confirmed.

The criticism stemmed from a number of the Public Protectorâs reports that had been set aside by the courts.

At the same time, ANC national chairpersonÂ Gwede Mantashe accused Mkhwebane of venturing into political terrainÂ where she doesnât belong.

Mantashe told reporters on the sidelines of the Nehawu policy conference on Thursday that he thought there were times that Mkhwebane had ventured into political terrain, such as her investigation of Ramaphosaâs ANC presidential campaign donation from African Global Solutions (formally known as Bosasa).

He questioned why she was not following up on how other ANC presidential candidates raised funds for their campaigns but had only targeted Ramaphosa.