Vicki Momberg in hiding: Police admit they âdonât knowâ where she is 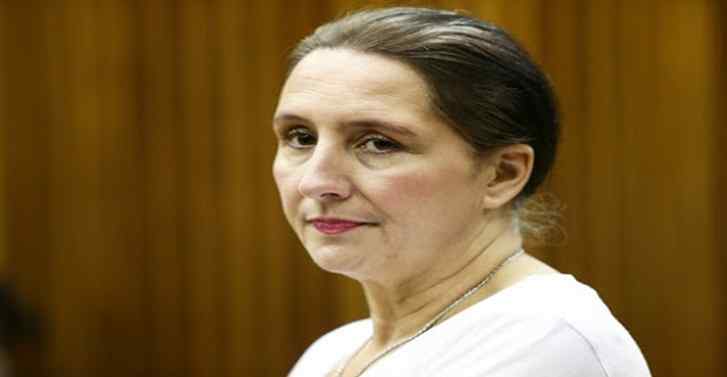 The convicted racist has done a runner and can't be found. According to the authorities, Vicki Momberg now has an arrest warrant hanging over her head.Police are desperately trying to locate Vicki Momberg, after the convicted racist gave law enforcement the slip. She hasnât been sinceÂ skipping an appearance at the Randburg Magistrateâs Court in August.Having failed to overturn her crimen injuria conviction earlier this year, the woman who screamed the K-word at a black police officer 48 times has done a good job of keeping her head down. But she hasnât just gone âunder the radarâ â Vicki Momberg is now completely off the grid, according to theÂ Sunday Times

Where is Vicki Momberg? Case takes a bizarre turn

MombergÂ has served four months of a two-year jail sentence, with a further year suspended. She would have another 20 months to serve behind bars if she was made to see out the remainder of her time. After posting R2 000 bail last year, the defendant was allowed to fight her case in the courts.However, it would seem that the spectre of prison still looms large over Vicki Momberg.Â At the end of June, she was given 30 days to file her grievances with the Supreme Court of Appeal. However, her failure to do this meant that Momberg was required to appear at the Randburg Magistrateâs Court within 48 hours of the SCA deadlineâs expiry date.

Another stint in prison may be on the cards

When she didnât show up there, alarm bells began ringing for the authorities. Detectives say they are now âworking around the clockâ to establish the whereabouts of Vicki Mombergs, who became the first South African to be jailed for the use of racist language back in 2016.A warrant for her arrest has been issued, after it was discovered she was no longer staying at her parentsâ house in Krugersdorp, Gauteng. Itâs likely that Momberg could be detained in prison after breaching the terms of her release, and another lengthy legal battle looms over her.

Vicki Momberg goes on the run

The defendantâs crusade to clear her name this year hasnât gone down well at all. She has constantly bickered with her lawyers, hiring and firing legal teams at will.Â Her case has been presented chaotically, with Vicki Momberg representing herself at one point and claiming âtemporary insanityâ on the night of her outburst.She also appeared onÂ Newzroom AfrikaÂ before her most-recent spell in court, arguing that racism âshould not be seen as a crimeâ. The courts, and an overwhelming majority of South Africans, would have to disagree with her.